For some reason I had been particularly uncomfortable sitting on soft chairs all day, and sat at the dining table. What started with a trickle, made me jump to my feet and scurry to the bathroom, just in time for the really gushing to begin. “M, I think my water broke”. Que freak out- and not mine either, M started to scurry like no other. I calmly went upstairs, changed my pants to a skirt, retouched my make-up, put a few more things in my mostly packed bag, and was actually asking M if I had time to shower. M meanwhile was on the phone with the doctor, running around collecting things, and apparently we were supposed to go to the emergency room.

We drove to the hospital and were greeted by a wheelchair. I was wheeled into revision where the pressure I had been feeling for the last several hours became quite clearly contractions- 30 seconds long, 3 minutes apart. I was monitored and so was Baby Boy; so far so good. While I was in “revision” M had to go take care of the parking, and start filling out the paper work. I was left mostly alone, but was still allowed to get up to use the restroom by myself. Finally I was wheeled into a delivery room, and the contractions kept getting increasingly stronger. I was also sweating like crazy and dying of thirst. I was offered a remote, but didn’t have the energy to find something to watch. The first nurse in charge was more interested in watching TV, even though it was on mute. Luckily, she was replaced by a shift change and I had someone by my side, as M was still running around getting everything sorted. I’m not sure how long the contractions were, but my pain level was definitely a 8 or 9. I couldn’t talk anymore, and barely had enough time to recover from one before the next one hit. 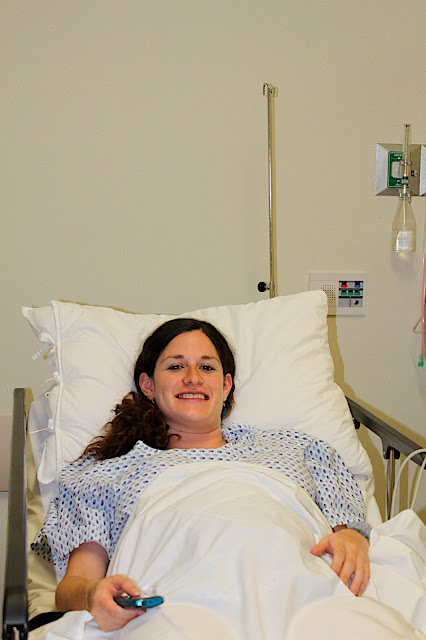 Finally my doctor arrived, but after a few minutes of observing the monitors he determined that Baby Boy’s heart rate was dropping too fast. Every contraction was putting our son under distress and I was only 1 cm dilated- 1!!! So we were off to surgery. The next 10 minutes were probably the worst- I was dizzily wheeled through the hallways while in pretty excruciating pain from the contractions. Then I was proded and poked to get the IV and epidural in place, still cringing and sweating, while simultaneously freezing and shivering. It was surreal. I can’t sufficiently express what a relief it was when M was finally allowed in the room. M, the doctor and his assistant came in with loads of positivity, they put some music on, and slowly I stopped crying. 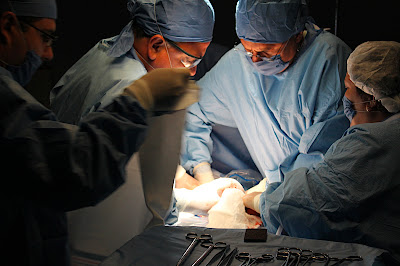 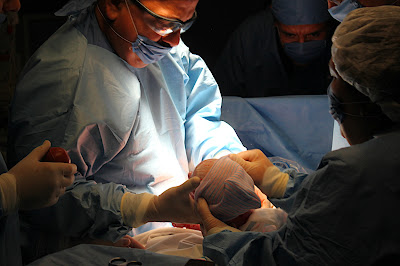 Then it was literally 10 minutes and we met Baby Boy! They put him on my chest and it was instant happiness and amazement. It was another hour or so for them to finish up in surgery, but between the time with our Babe, watching them take his measurements and clean him up, everything passed super quickly. I was wheeled into my room and then it was a waiting game. Hospital procedure had him put in an incubator for 4 hours and fed some glucose (more on that coming up). The wait was tough and it was the middle of the night, but finally we were reunited, and spent our first night together- me glued to the bed, M on the sofabed in the room, and Baby Boy in his plastic bassinet. 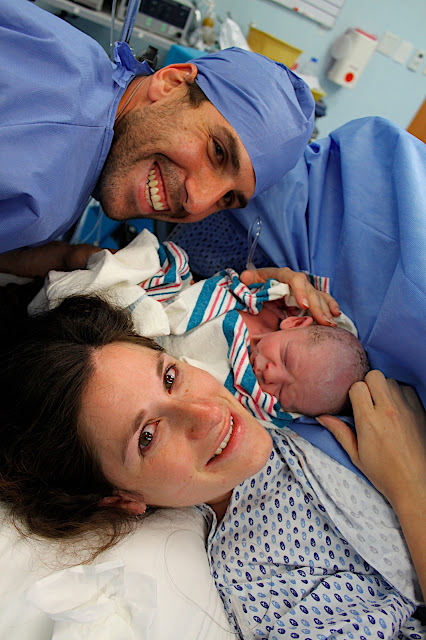 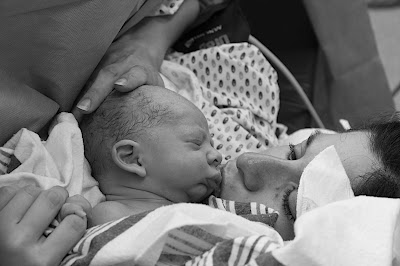