=Roughly translated as “spoiled” but in a kinder loving manner. As in: “he’s so spoiled it’s cute”. As in: loves attention and cuddling.

Baby Boy LOVES to be held and HATES to be on his own. As long as he is on one of his parents he’s the calmest baby you ever met: he will sleep, snuggle, observe his surroundings, and generally let you do anything you want. But put him down and 10 minutes later you have a little monster on your hands, albeit instantly calmed as soon as you pick him back up.

And so, I have become a kangaroo. This is how I look many hours of the day. 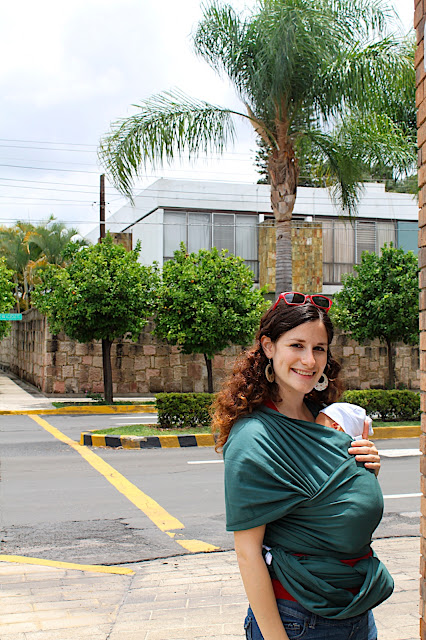 The rest of the hours he’s held in my arms, maybe feeding but most likely sleeping with a human pacifier. Or I am lying down, with Baby on chest. Apparently, boobs make a pretty good pillow. 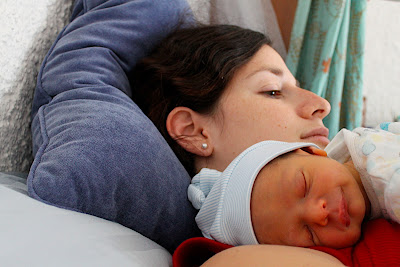 But still, we can’t get enough. And so it is. 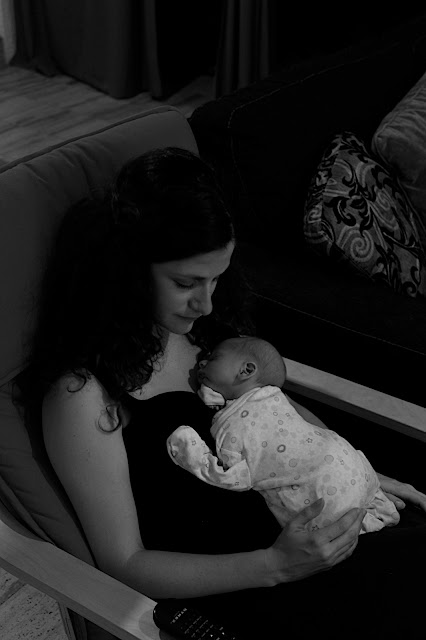 How amazing is it that just a few weeks into life, our little baby is already revealing some personality?

Houston, we have a (Baby) Problem