Chapultepec Park area is a must-see in Mexico City with kids of any age. The park is a huge green space, and also a cultural hub, housing many of Mexico City’s museums. Chief amongst those museums is the Anthropology Museum.

The Anthropology Museum delves into the ancient cultures of Mexico over the years, including the Maya, the Aztecs and more. It is one of the best museums we have been to, in it’s scope and curation. Combine a visit at the Anthropology Museum and a relaxing visit to Chapultepec Park, for a perfect day with kids in Mexico City.

Riding the Metro in Mexico City (with a baby, for the first time)

Our second full day in the city, we were sick of driving (and knew that parking was a problem) and so decided to venture out on the metro. This was Little N’s very first time on the subway and he was a little overwhelmed by all the people, but was definitely a good sport about it.

On the way to the metro (a few blocks away), we were hit by hunger and ended up eating at the only non-fast food spot around- Los Bisquets*.

We had our stroller, which M carried down the stairs, and I carried Baby Boy. He was a bit bewildered and overwhelmed going down against a rush of people coming up, and seemed a bit disoriented at this new experience.

He kept looking to all directions as we made our way to the platform. Once there he was a bit more relaxed, but looked slightly frightened as a train whisked by.

The train ride itself was more manageable as the kiddo flirted with the other passengers, and the old ladies just ate him up!

For one of the rides we tried leaving him in the stroller on the actual train, but as it filled up and people cowered over him he got scared and we went back to having me carry him in my arms. All in all it was a success!

On the way to the metro; please stop playing! 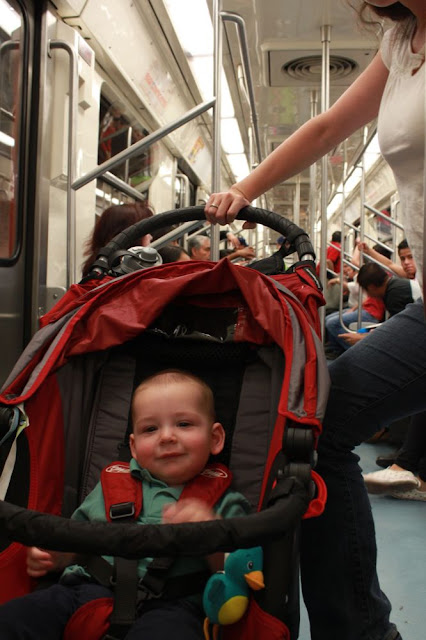 first time on the metro

The Anthropology Museum in Mexico City

Once we got to metro Auditorio, we walked down Reforma Blvd, to the Anthropology Museum.

The museum is massive, so we decided to devote our time to the exhibits about Teotihuacan (which we would visit later in the week), the Aztecs, and the Maya.

Little N was again a great sport, and kept us moving along at a nice pace. He was very interested but would fuss if I kept him in one spot for too long, which M was quite happy about since it meant I couldn’t dawdle. 😉 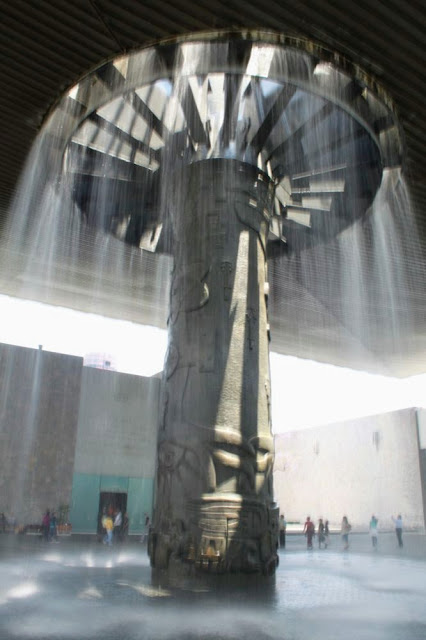 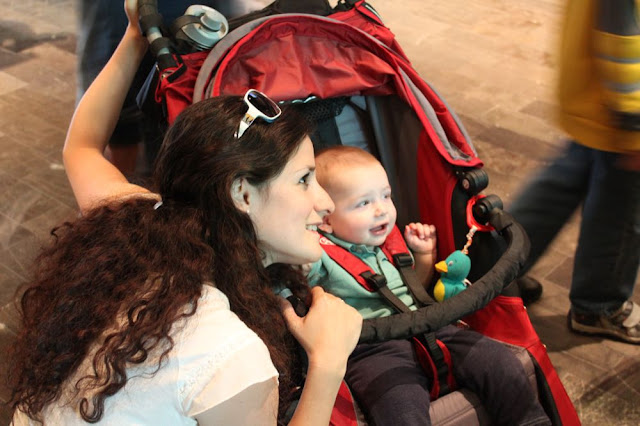 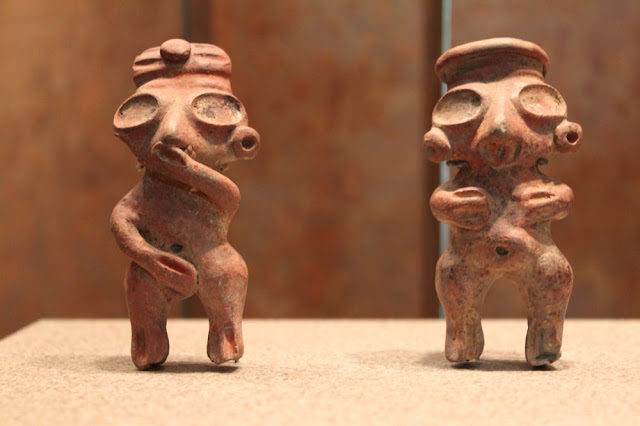 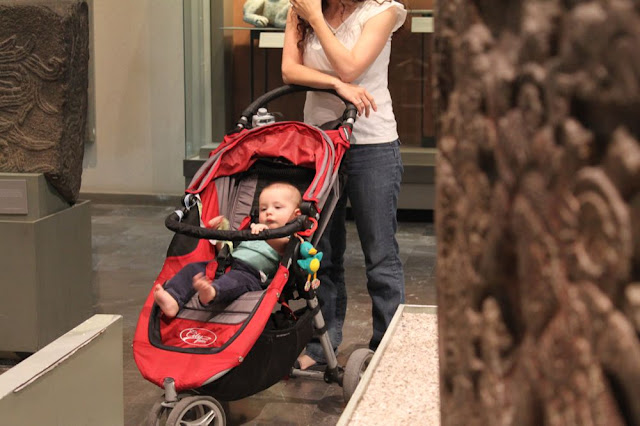 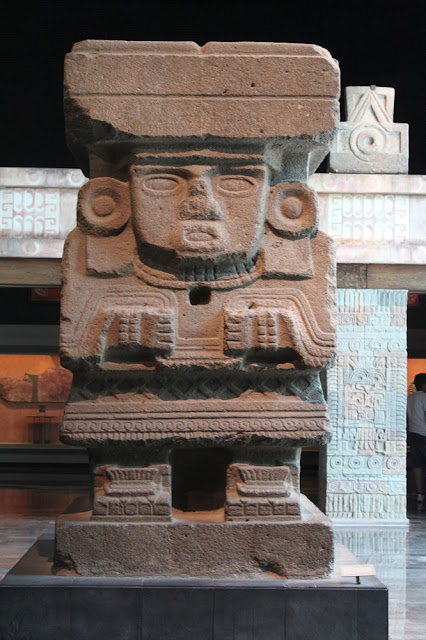 By the time we were heading out to the museum, it was time for lunch. Other than snack stands, the closest place to get food was the zoo in Chapultepec Park.

So we headed into the madness of the park, and D and Little N ended up waiting for M to get a pizza from inside the zoo. M went in on his own to get the pizza because we didn’t want to have to deal with putting our stroller and all our stuff in the paqueteria (coat check) and having to rent an umbrella stroller or carry baby boy.

Meanwhile Little N and I sat around in the shade and observed the commotion. As M emerged with a free pizza, because it took over 30 minutes; thank you Dominos. 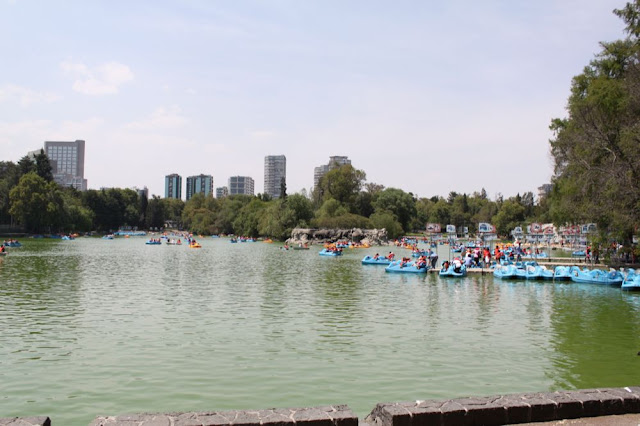 The lake in Chapultepec Park
Don’t lose your kid! – Snacks
Lots of little animal backpacks with leashes, were on sale! Can’t blame them, as there were so, so, SO many people at Chapultepec Park the week of Semana Santa. That is, the week before Easter. 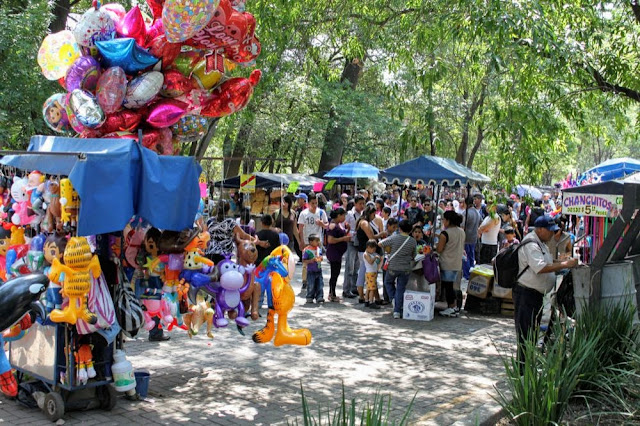 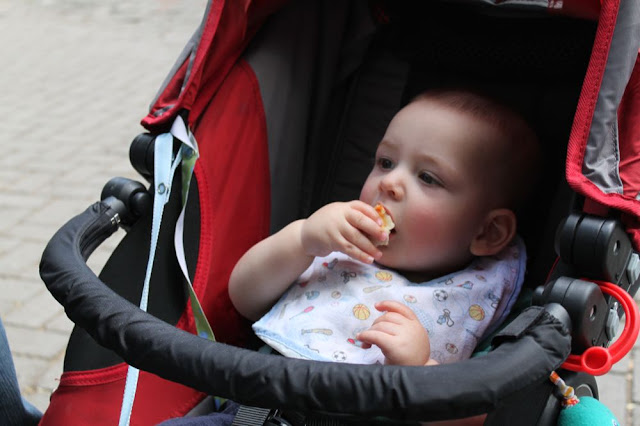 It was too late in the day to visit the Chapultepec Castle, and we were too tired to enter another museum. (The nearby Tamayo Museum would have been our choice).

Re-energized we decided to continue making our way down Reforma, and into the Zona Rosa, a trendy area of Mexico City. Reforma is a wide main street in Mexico City, with a walking trail in the middle.

We enjoyed the recycled water bottle statues along the pedestrian pathway. And just as we were about to head back to the metro, we happened upon a Coffee Bean cafe.

In Guadalajara we feel a little deprived of some major chains, and so we decided the find warranted a stop. 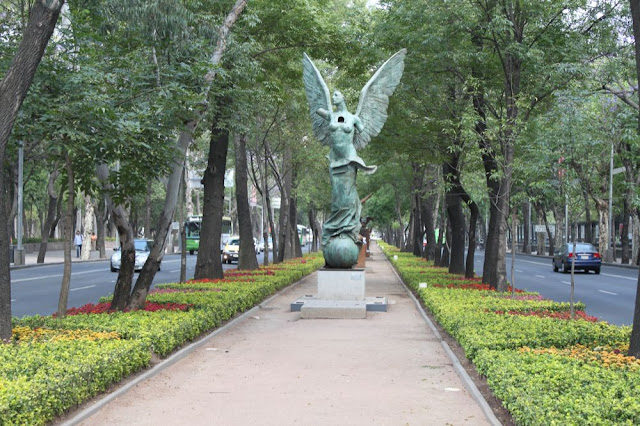 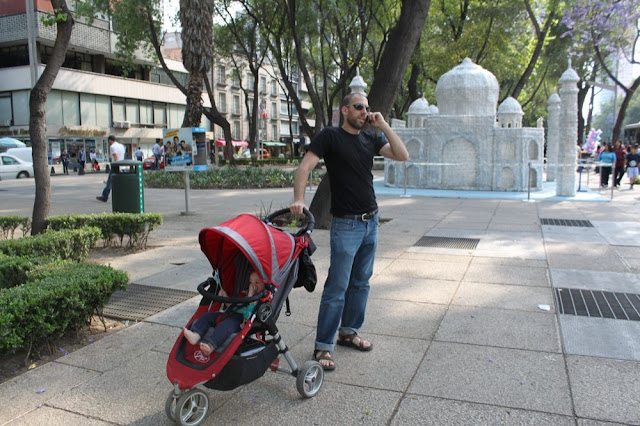 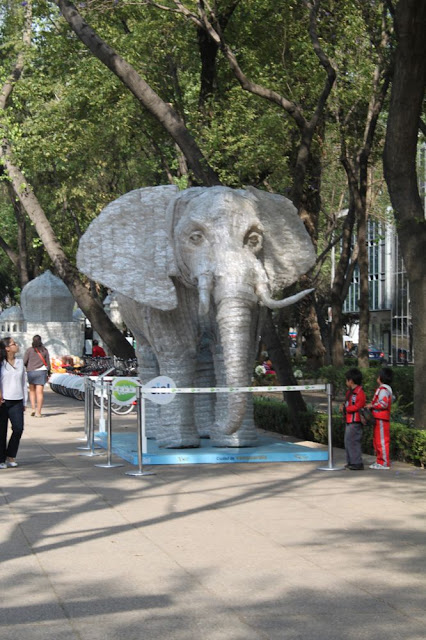 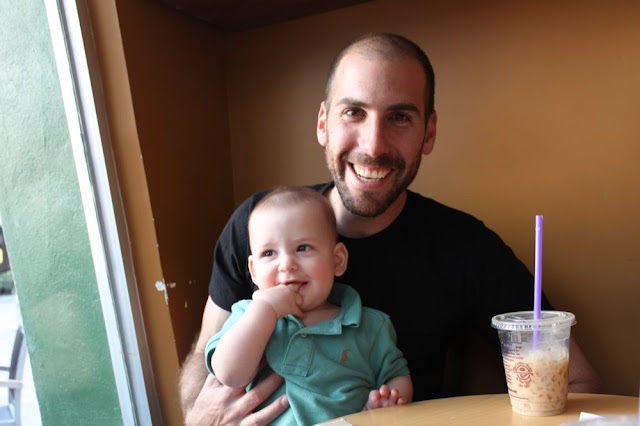 Tips for Visiting Chapultepec Park and the Anthropology Museum

Have you been to Mexico City with kids? What have been your favorite kid-friendly attractions in Mexico City?

Last Little Nuggets in Mexico City (plus tips and itinerary)