We left El Calafate in the early morning for the three hour drive to Argentina’s trekking capital, El Chalten.

As we arrived, the day was sunny and almost warm and apart from the cloudy peaks we could see most of the Torre and Fitz Roy mountains behind this teeny tiny relaxed town.

After a short explanation about this national park from the park ranger, we were dropped off at the bus terminal and set off to find our hostel.

Luckily M had made us a reservation because affordable and decent lodge is quite lacking (most are dorms or full service hotels). What we didn’t realize until we started walking was that it was an incredibly windy day.

Just going down the street to grab some bread was quite a feat and any visions we had of hitting up a trail were quickly lost. So we did what we could- had lunch and stayed in- as the winds only grew stronger and the rain picked up and became a full blown storm.

The next morning we awoke to a beautiful day and decided that it was perfect for a short walk. We decided to start with two miradores (viewpoints)- One of the whole mountain range and the other towards the lakes on the other side.

These two trails were a perfect morning hike for D’s still-sore-from-the-torres knees. The mountains were so crisp and clear against the blue sky, reminiscent of the torres landscape in that they were formed the same way, but somehow more majestic overlooking this little village.

We were both enamored with this little place in the middle of no-where. We had booked an evening bus, but realized that time had left us with little options for completing another hike. So in a last minute judgement call, we changed our plans and hopped on the earlier bus back to El Calafate, with a long journey still ahead of us. 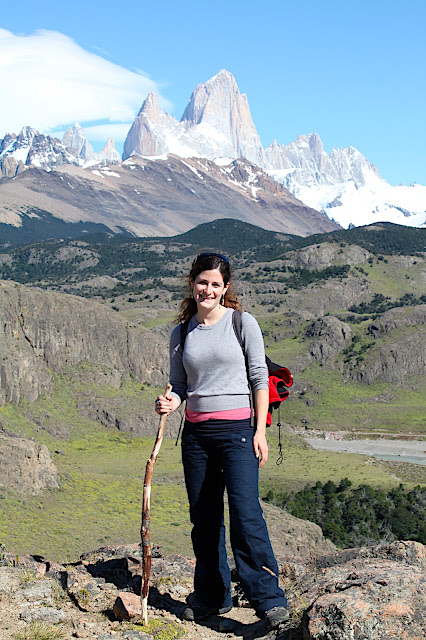 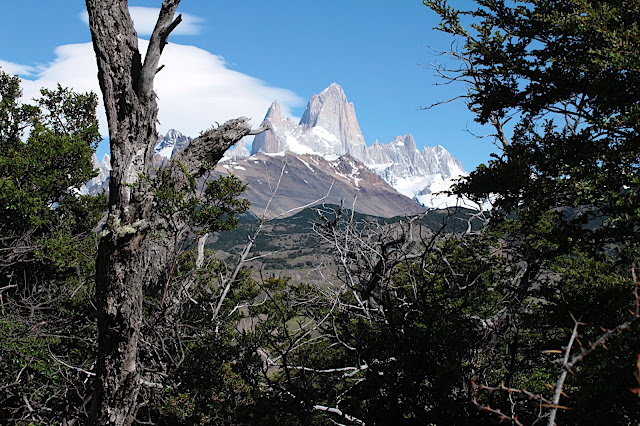 EL CHALTEN, the town, is situated at the northern entrance to Parque Nacional Los Glaciares, in a stunning location, and all hiking trails begin directly from the town.

*There is no touring per-se, but the reason to come here is to hike up some amazing mountains.
Upon arrival you will be advised by a ranger on environmental protection in the area and the various hiking trails. Many can be done in a day; some require over-night camping. There are also many climbing opportunities (depending on the weather).

“It’s a road with Ranchos” (Parks in Guadalajara)